All tea varieties originate from the same plant, the small-leafed Camellia sinensis and its variants (e.g. assamica, Quingmao – used to produce Pu-Erh tea). In China, Camellia sinensis has been a major medicinal plant and very popular beverage for almost five thousand years. Through numerous cross-cultivations – especially with the high-yielding yet inferior quality assamica variety (Assam hybrid), different cultivation techniques, agriculture and production, different forms of tea have been created. 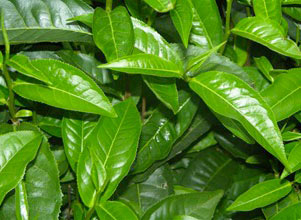 Camellia assamica is a large-leafed version of Camellia sinensis that is cultivated in Assam (Northeast India), Munnar and Nilgiri (South India), Cameron Highlands (Malaysia) and Sri Lanka. While assamica certainly produces a greater yield, it is less suitable for the cultivation of high-quality green tea; it possesses many bitter-tasting tannins without any particular health benefits. The British colonial rulers in India treasured the high yield of Camellia assamica and used it to compete on the international market against Chinese tea production. Through fermenting the tea, the (too) bitter tannins in assamica are converted into palatable and delicious flavours, which can easily be sold to customers. Whilst in Asia the majority of tea consumption still consists of green tea; driven by economic imperatives, as well as taste preferences, British colonialism established the major consumption of black tea worldwide.

As described above, all tea leaves originate from the same plant and are initially green after harvest. Any differences in the tea end product are therefore produced by the chosen degree of fermentation. Tea leaves are specifically exposed to atmospheric oxygen and oxidise. Through this, valuable bitter substances are converted into aromatic flavours (enzyme processes), and as the degree of oxidation increases, the tea turns dark green to black. The result is black tea. Unfortunately, multiple beneficial ingredients in green tea leaves (especially vitamins, catechins and amino acids) are lost through this process; the tea loses its unique working as a medicinal plant. The economic triumph of black tea outside Asia in the 19th century (partly due to its taste) was achieved at the expense of the plant’s natural health benefits. Nonetheless, it should be emphasised that, although the general benefits of fermented teas are significantly lower than those of green teas, the special composition of the ingredients also gives rise to some other specific, valuable properties for medical applications. This applies to all types of tea.

Essentially, tea can be divided into six varieties that result from the degree of leaf fermentation after harvesting and/or from specific processing techniques. In East Asia, predominantly unfermented green tea is consumed, not the strongly fermented black tea that is sold in the West. Historically, only green tea was produced in China and Japan, as it has by far the most health benefits. Jasmine tea was also sometimes consumed as another tea variety, although it would consist of green/semi-fermented tea of various quality grades flavoured with jasmine blossom.

The following table catalogues our personal assessment of the health properties of individual teas. We differentiate between a broad health-promoting effect, for which steamed (Japanese) green tea is by far the leader; and other types of tea with specific healing benefits that are superior to green tea.

Another common question is the compatibility of the different types of tea. This is mainly determined by the caffeine content – above all by the binding of the caffeine to tannins – as well as the combination effect of the caffeine with other ingredients. The amino acid L-theanine in particular is key here, as it has a compensatory effect on the caffeine. Overall, this results in a high to low general caffeine tolerance for the tea types. In a separate articles, we discuss further the >>caffeine content of green tea<< and its cultivars, ingredients and health benefits. 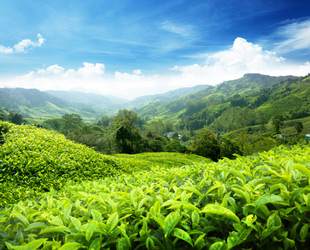 In the production of green tea, the fermentation of the Camellia sinensis leaves is stopped after harvest, either through pan heating/roasting or steaming. The heating/roasting technique however damages the leaves and a large portion of the valuable ingredients are lost. Nevertheless, in China and Taiwan it continues to be the main method of green tea production. In Japan, on the other hand, a brief, gentle steaming process is used almost exclusively, which ensures that almost all components are retained. There are many different varieties of green teas. Their differences are produced not only through steaming or roasting, but also through various other factors in production, cultivation and processing. As a result, the various green teas have different flavours and health effects. >>Japanese green teas<< (Sencha, Gyokuro, Matcha, Shincha, Bancha, Kukicha, etc.) should be highlighted here, as they lead in terms of health. Yet it cannot be denied that the cradle of green tea lies in China, where the greatest variety and taste of green teas can still be found today.

Herbal tea – and all the teas this category includes e.g. lavender, chamomile, rooibos – is technically not “tea”, but strictly-speaking an infusion of herbs in water, like fruit tea. It should be emphasised that herbal infusions of numerous medicinal plants are superior to green tea for certain health applications, in some cases even significantly superior. In spite of this, with all factors in mind, we consider (steamed) green tea to be the greatest of all medicinal plants.